If you thought tech support guys have a cool job as all they have to do is to listen to technical problems of the customers and solve them (which they can, usually), forget it.

They are professionals who say they are one of the most harried ones. And why do they say so? Because they have to deal with some of the least experienced people when it comes to computers which becomes clear when one looks at the transcripts of the questions asked and their replies.

Though it is simply impossible to categorize inexperienced from top to bottom as even the worst questions to a tech guy may look like a normal question to someone who is not into computers, this article tries to look into some of the questions that would put to shame and some people hate to ask.

Tech guys dread calls from customers who do not have a clue as to why they are facing the problem. It becomes a headache for tech guys to make customers press some keys on their keyboards as they take an eternity to find backspace, enter, and even alphabets as if they have sat on a computer for the first time.

One of the most common questions to tech support guys seems to be slowness of computers. Almost a quarter of customers ask, why is my computer running slow? Now a tech support guy doesn’t know the programs you have installed as well as the anti virus you are running. How is he supposed to tell the reason behind the slowness of your system?

Callers are both belligerent as well as ignorant and cannot follow the simplest of instructions given by tech guys to resolve the problems they are facing. This naturally infuriates the tech guys though they have to remain cool trying hard to make people do what they want them to. Often there is quarreling between customers and tech guys as tech guys want customers to move at their speed while customers get irritated as they cannot grasp the instructions at a speed demanded by tech guys.

Sometimes the customers are so inexperienced that they do not know a thing about the drive where CD has to be inserted and they cannot look at the plug of the keyboard or the mouse behind the CPU if they are facing problems with these devices. One has to listen to the questions and later responses from customers to learn top 5 questions tech support guys receive.

So what’s one easy way to eliminate the mean tech support guy or the customer who does not understand the questions that are being asked? As you already might know, most of the issues that computer users have is because of Malware or Spyware that they might have caught on their computer, a very easy solution to this is for the customer to install Malwarebytes on their computer, the application is very affordable and it will eliminate long wait times on the phone and a ton of headaches, get your copy below and receive a discount today. 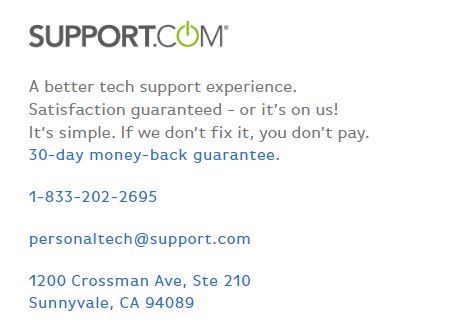